Many Azure Migrate quotes are lost because the Azure VMs offered have the same configuration in terms of CPU and GBRAM as the existing customer VMs that have often been around for five years or more. Completely ignoring the fact that computer processors double in capacity every two to three years. (See also my blog: The performance differences between successive generations of processors).

So there is every reason to assume that the customer’s workload can run on a smaller Azure VM than the current VM size. This resizing, for this reason, of the Azure VM is called Right.

A commonly used definition of Right Sizing is this one: Right Sizing means ensuring that all VMs  are allocated the correct resources for their workload, with the goal of minimizing cost and maximizing performance.

This definition contains a contradiction that is interpreted differently depending on who performs the Right Sizing. A Solution Architect tends to give the criterion maximum performance the upper hand with the idea that this makes the customer happy. The risk is that the cost estimate of the Azure consumption will be too high and the quotation will be lost. After all, a customer can objectively assess cost differences, but not perceived performance improvements. Therefore, when making successful Azure Migrate quotations, the criterion for the Right Sizing should always be minimizing costs while maintaining the same performance.

Another consideration when it comes to Right Sizing is that over the years the performance improvements of processors have not kept pace with the speed improvements of the internal memory (RAM), as shown here.

This means that when estimating Right Sizing potentials, it is better to use the RAM reduction as a precautionary measure and to follow the core numbers equivalent than otherwise.

Here is a Right Sizing example that explains the above considerations in more detail and provides insight into the various options for looking at Right Sizing and especially what the effect is on the Azure costs.

Suppose the customer has a VM with 8 cores and 32 GBRAM, this VM is about six years old.

In a one-on-one match you end up with a D8v4 or a D8av4 if you have no problems with an AMD processor instead of an Intel processor. (The AMD VM has the same price as the Intel one and delivers more than 20% more performance)

Based on the Passmark CPU benchmark comparison, it appears that this D8av4 is 73% or a factor 3.7 more powerful than the current processor. So choosing a D8av4 to replace the current one is an absolute overkill in capacity and makes your offer unnecessarily expensive.

Instead of a D8av4, you could opt for a D4av4, halving the number of vCores and GBRAM, to 4 vCores and 16 GBRAM. That immediately saves 50% in the Azure costs. A more careful choice is to choose an E4av4, which also has half the vCores but the same number of 32 GBRAM. This provides a saving of 34% compared to the D8av4

It will finally only become apparent after implementation and after monitoring the VM load what the correct VM is. But allocating a substantial Right Sizing saving on estimated Azure costs is perfectly acceptable and can be explained to a customer and with that making your quote much more attractive and competitive. 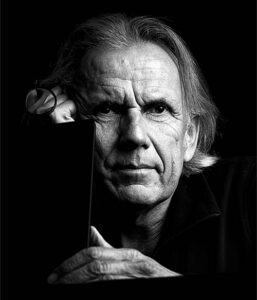